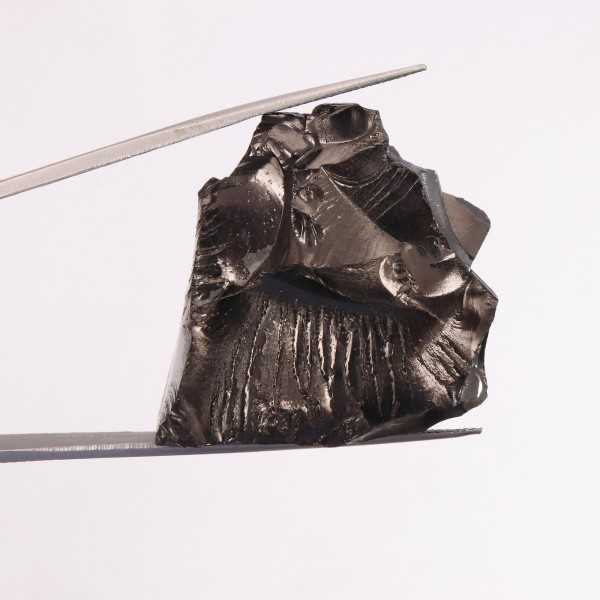 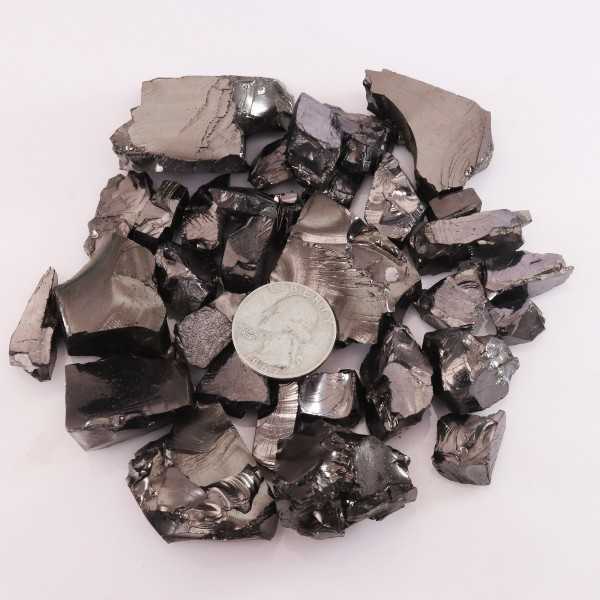 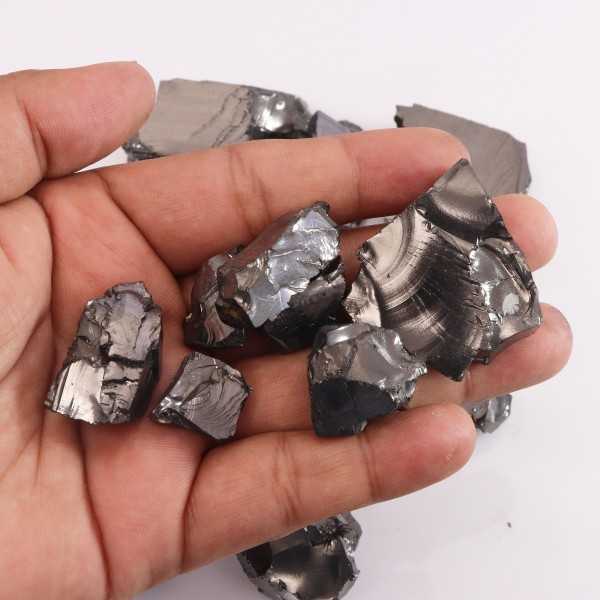 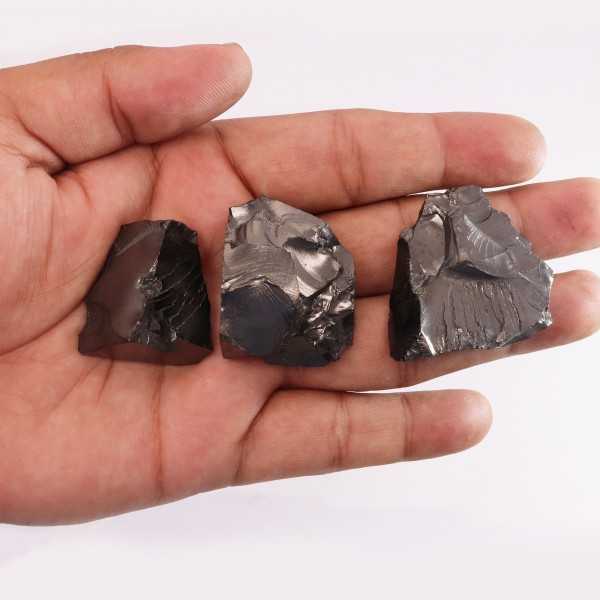 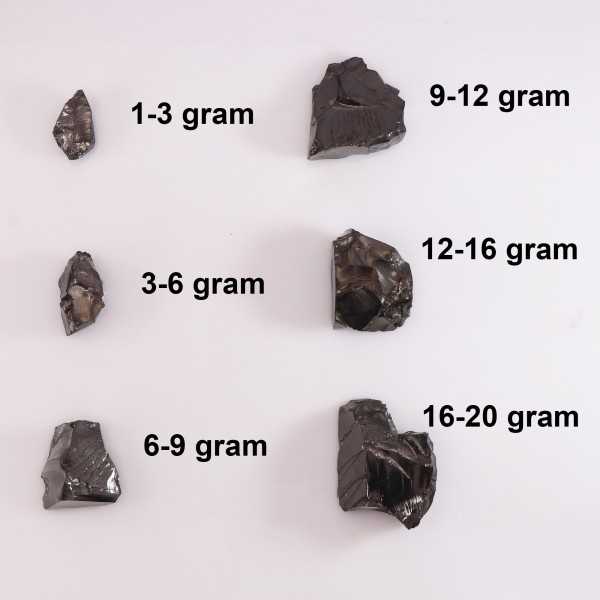 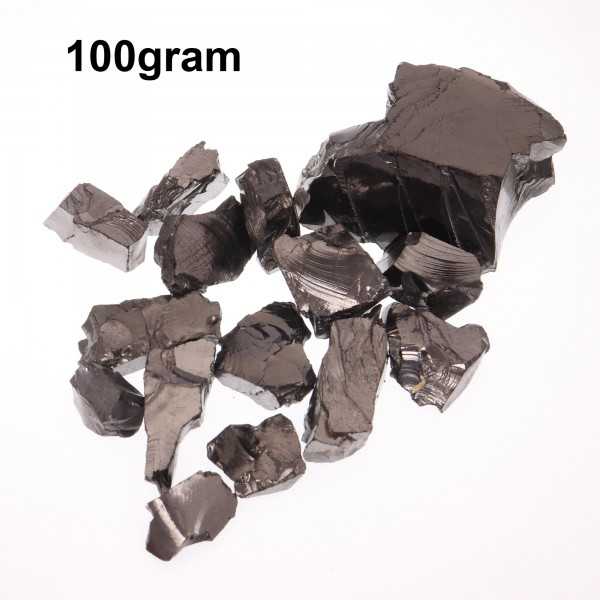 Silver Shungite, which also called Noble (or Crystal), is a variety of Shungite which contains 94-98% of carbon, much higher than the regular shungite

✦For Individual item's gem identification report please contact us, this is chargeable. Authenticity of Gem Stone can be challenged only by certified Lapidary Gem Identification Report. We DO NOT accept expert opinion.

Silver Shungite is lustrous and shiny, it almost looks metallic. It also has a higher fullerene content. Fullerene is one of 4 known crystalline modifications of carbon ( except diamond, graphite, carbon).Shungite is a natural carbon containing material that is widely used in water treatment. Scientific research shows that shungite has good adsorption properties towards various organic compounds and heavy metals, as well as exhibiting antibacterial properties.Shungite is a carbon-rich stone that's believed to reduce inflammation, oxidative stress, and EMF exposure. Some also claim it can purify water and relieve emotional stress. 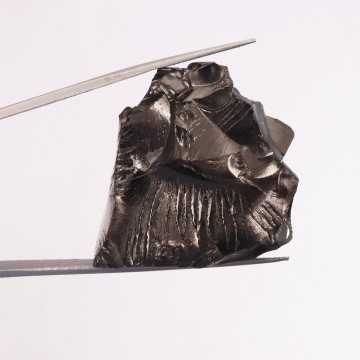 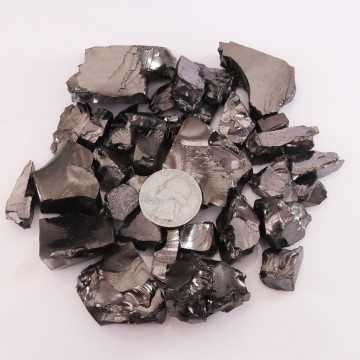 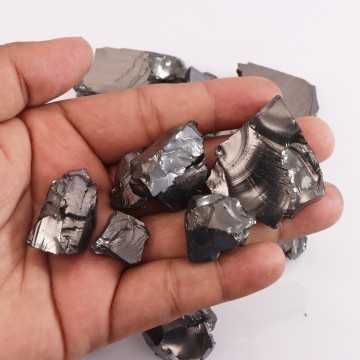 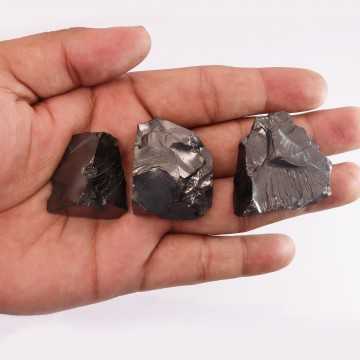 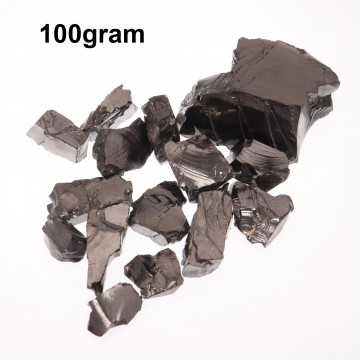 Add our products to weekly lineup 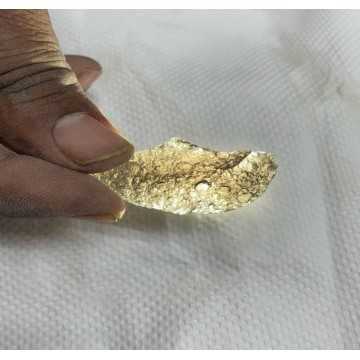 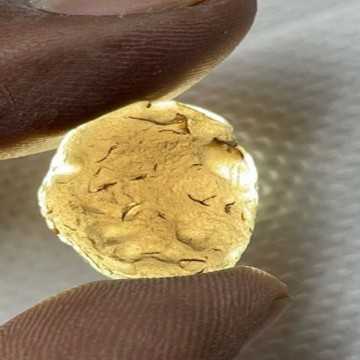 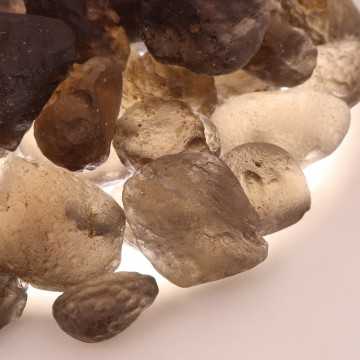 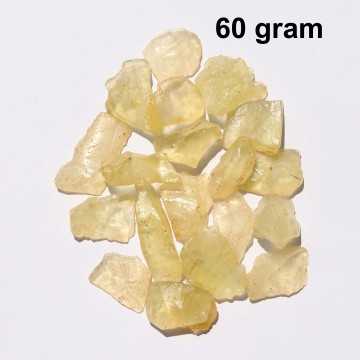 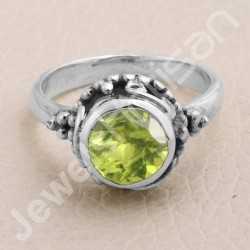